The Most Interesting Metaverse Games You’ve Never Heard Of!

The metaverse is a virtual world where people interact as they would in the real world. Virtual reality (VR) simulations, game worlds, and interactive 3D environments can be included. While several activities, such as fashion and concerts, are gaining popularity in the metaverse, the gaming industry has seen a significant rise in the number of metaverse games available.

There are plenty of options for gamers looking to explore this virtual world. From space exploration to fantasy adventures and from open-world simulations to multiplayer role-playing games, there is something for everyone. Over the years, metaverse games have become popular as they offer immersive experiences that allow players to explore different scenarios and situations. Here are ten of the most exciting metaverse games you’ve probably never heard of:

Axie Infinity is a blockchain-based game where players participate in the “Axies” battle league. Players can create their team of Axies and lead them to victory. While doing so you can also collect rewards such as in-game currency and new creatures.

Pokemon provided the inspiration for Axie Infinity. The game uses a basic battle system similar to many turn-based role-playing games. Players create animal-like characters to battle other players in the game. It uses  Axie Infinity Shards (AXS) are the primary currency. Additionally, the game has a double-layered economy where players can trade AXS for real-world currency.

Cryptovoxels is an open-world virtual reality experience built on the Ethereum blockchain. It’s like Second Life or Habbo Hotel, but with an added layer of cryptocurrency integration. Players can buy and sell items, build their virtual world, or monetize their creations. You can purchase your land plot with cryptocurrency and design it however you want.

Cryptovoxels has a real estate aspect where players can purchase and sell plots of land using Ethereum-based tokens called Voxel. Players can also create art using the in-game tools and rent their plots to other players.

Neon District is a futuristic cyberpunk RPG set in the world of New Providence. Players explore this world as they try to uncover its secrets while taking part in turn-based tactical battles with enemy characters. Neon District features an innovative battle system. The game allows players to use unique abilities and special moves while trading items with other players.

Neon District is a blockchain-based game and uses its cryptocurrency, the Neon Token (NT), as the primary form of in-game currency. Players can purchase items, trade them with other players, and even participate in tournaments to win rewards.

Second Life is one of the oldest metaverse games and remains popular today. The game allows players to customize their avatars, explore a 3D world and interact with other players in real-time. It also features a vibrant economy where players can buy and sell virtual goods, create their businesses or join existing ones.

The name Second Life comes from the idea that players can create a second life using their avatars, and hence, it has become the go-to destination for many people looking to explore a virtual world. Players can also run a full-scale economy and make real money by participating in the virtual world.

Each kitty in this game has a unique genome which makes it unique, making the game even more interesting as players try to breed cats with rare features. The kitty is then represented on the blockchain as a non-fungible token and is stored in a smart contract. You can use a genetic algorithm for breeding two cats, resulting in a new kitty with different features.

Decentraland is a virtual world built on Ethereum where users can create, experience, and monetize content and applications. Players explore the world in virtual reality or through their browsers and can create 3D experiences such as games, art galleries, and music venues.

Players explore the world using their avatars, but they can buy land represented by non-fungible tokens (NFTs) stored on the Ethereum blockchain.

Decentraland uses two primary tokens, MANA and LAND. MANA is the platform’s in-game currency that can be used to buy land, while LAND is the non-fungible token representing virtual land ownership. Players can also earn MANA by completing tasks or participating in events.

While VRChat doesn’t consider itself a metaverse, it has all the features of a metaverse game. Players can create their custom avatars and explore a 3D world populated by other players. It also supports user-generated content, where players can create and share their levels or experiences with the community.

VRChat also has an exciting “parties” feature, which allows players to join in a virtual space and interact with each other. The game also supports real-time voice chat, so players can talk to each other as they explore the world.

EVE Online is an interstellar MMORPG set in a sci-fi universe. Players explore the galaxy, colonizing planets, trading goods, and engaging in epic battles between rival factions. The game also features an in-game economy where players can purchase items and services with the virtual currency PLEX (Player’s Exchange).

Each player is represented by a character called a capsuleer who has access to powerful ships and weapons that can be upgraded using the PLEX currency. The game also features a vibrant player-driven economy and plenty of opportunities for players to make real money. It also features a comprehensive player-versus-player combat system with multiple levels of complexity.

Sorare is a fantasy football game built on blockchain technology. In the game you can collect and trade digital player cards. The game allows players to buy real-world soccer player cards from major leagues such as the Premier League, Bundesliga, Serie A, and Ligue 1. Each card has its own unique set of attributes that determine its performance in the game. You can trade or sell the cards on an open market. The cards are represented by non-fungible tokens (NFTs) stored on the Ethereum blockchain.

Players compete against each other in a fantasy football league where they earn points based on the performance of their soccer players. A player with the most points at the end of each season is declared the winner, and can earn rewards in cryptocurrency.

This is a play-to-earn game focused on galactic exploration. Players explore a 3D universe and collect resources to craft items. The game also has an in-game economy. Players can buy or sell resources using a cryptocurrency called TLM (Trilium) to participate in Plant DAOs, such as voting in the weekly council elections and staking.

You can build cities while you compete to uncover new planets and artifacts. The planets and artifacts, you uncover are exchanged on the open market for TLM. Alien Worlds also features an in-game auction house where players can buy or sell items using TLM. It also has plenty of opportunities to earn rewards from real money.

Revomon is a blockchain-based game where players can collect, breed, and battle monsters. The game uses an ERC-721 token standard to represent each monster on the Ethereum blockchain. Each monster has unique attributes, such as an attack, defense, health points, and special abilities.

Minecraft is a classic sandbox game where players can explore and build their virtual world. The game has an open world that allows players to create structures, mine resources, and craft items. Players can interact with the environment, build bases, breed animals, and travel to different biomes.

The game also features a powerful modding system that allows players to create new content and customize the game. Players can also join servers where they can battle against other players or team up with them to complete quests and explore dungeons. The creative mode in Minecraft allows users to build their worlds and create their game modes with custom rules.

Fortnite is a battle royale game that pits players against each other in an all-out fight for survival. Players can build structures and create fortifications to protect themselves from enemy fire. The game also features a powerful crafting system where players can craft weapons, tools, and armor to give them an edge in combat.

The game has a vibrant in-game economy where players can buy and sell items on an open market. Players can also join tournaments and competitions to earn rewards from rare items or cryptocurrency. The game also has a creative mode that allows users to build their worlds and create custom game modes with their own rules.

Fortnite also has a creative mode that allows players to create their islands and invite other island users to combat or hang out. It’s one of the biggest online games and has a huge player base.

My Neighbor Alice is a blockchain-based game focused on building and managing your virtual island. The game features an in-game economy where players can buy and sell resources using a cryptocurrency called ALICE.

The game also has several mini-games, such as fishing, farming, trading, and exploration, that offer rewards in the form of ALICE. Additionally, players can craft items and buildings to customize their islands. The game also has an online marketplace where players can buy and sell goods using ALICE.

My Neighbor Alice also features a vibrant social element with a friends list, clubs, and events. Players can also join tournaments and competitions to earn rewards from real money or rare items. The game is inspired by Animal Crossing and has since gained traction due to its unique take on the sandbox genre.

The Sandbox is a blockchain-based virtual world where players can explore, build and monetize their 3D voxel creations. The game uses an Ethereum-based token called SAND to represent each asset on the blockchain. Players can craft items, create games, and design experiences for others to enjoy.

The game also features a powerful monetization system where players can earn rewards in the form of SAND tokens for their creations. Additionally, the game has an online marketplace where players can buy and sell items using SAND.

The Sandbox also features mini-games such as racing, puzzle solving, and more. Players can join tournaments and competitions to win even more rewards. As players can also own parcels of land as NFTs, they can build in-game assets and sell them for real-world money.

Horizon Worlds is a Metaverse game that goes beyond the traditional gaming format. Players can customize their 3D avatars, explore vast open worlds and even create digital goods using blockchain technology. Meta, the parent company of Facebook, responsible for the fabled Metaverse concept, develops this game.

The game features several mini-games that range from puzzle solving to racing and combat games. Players can also join tournaments and win rewards in the form of Metaverse Points (MPs) or Meta coins which they can use as currency in the game. The game also has an online marketplace where players can buy and sell Metaverse items using Meta coins.

The game also features a powerful customization system where players can build and design their Metaverse worlds or Digital Goods (DGs) to share with others. Players can also create their Metaverse avatars, which increase in value as they level up. There are hangout places where users can hang out and perform standup comedy, such as UA’s Comedy Club or an American Idol-style competition. Horizon Worlds is an exciting Metaverse game that will likely challenge the gaming industry. 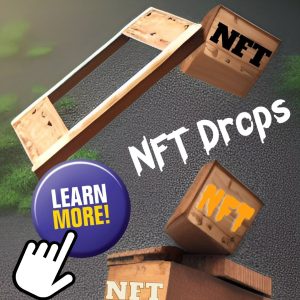 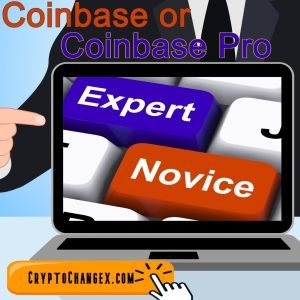 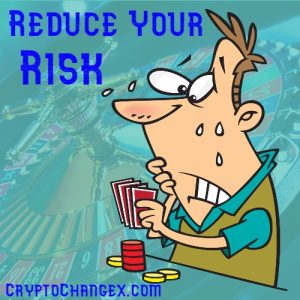